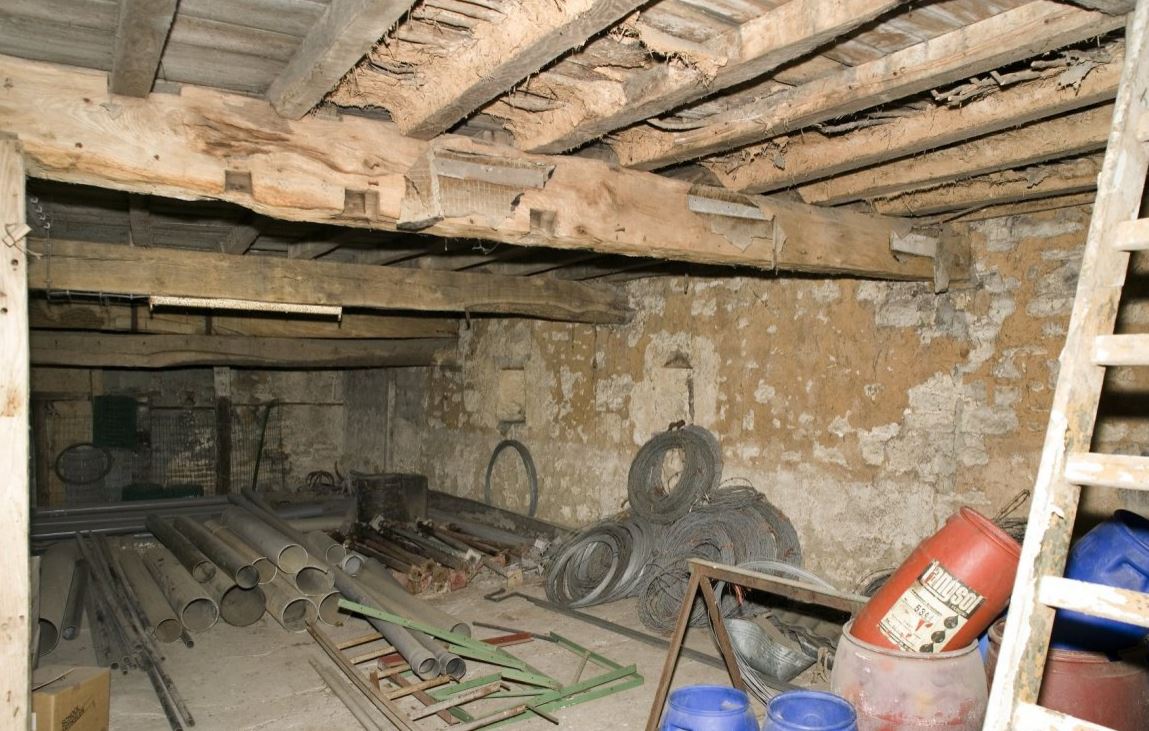 Having a floor that sags is a major red flag that something is very wrong with your house. There are a number of different reasons why floors sag and it depends mostly on how your house was built.

In this post, we’ll go over all the possible repairs that might need to be done, as well as how much each of them costs. By the end of this article you’ll have a good idea about what needs to be done to repair your sagging floor.

Regardless of the reason for your sagging floor, make sure to contact a qualified pro in order to help you with the job. Even seasoned handymen will have a hard time trying to DIY.

If you weren’t already aware, all of the structural wood in your home is connected. The reason this is important is that it might not just be one part that is causing the sagging. Usually there are multiple parts of the system that are negatively affected. The direction of the sagging usually gives some insight into which area is the most affected.

While there are multiple causes that can cause your floor to sag, usually there will be an issue with water and humidity. Basements are notorious for having high moisture so it’s important to have a proper water drainage system to prevent water build up. If you don’t have one then you’ll probably have to get one.

If the foundation hasn’t moved yet and the floor is sloping towards an outside wall then the sill plate is most likely damaged. The sill plate is the piece that goes directly on top of the concrete foundation. If damaged it will need to be replaced. Jacks are used to hold up the floor joists temporarily until the damage is replaced. Sill plate repairs are $75-$95 for each lineal foot.

Notched joists are another common problem. Because older houses often need more modern plumbing or HVAC systems installed, contractors might cut sections out of the joists to make room to do their installation. This can be disastrous!

The missing sections weaken the joists and can cause them to crack or even fail completely. In order for joists to be repaired they need to be “sistered”. This is when a board is run parallel and attached to the damaged one to help take some of the load off. Sistering costs $8-$12 for each foot.

Band Board or Rim Joist Repairs

The wooden piece that sits on top of the sill plate are called band boards or band joists/rim joists. These boards help to protect the ends of the floor joists and support the walls outside the house. The band board can be exposed to outdoor air which makes it more likely to be damaged from moisture. The best method for repairing band boards is by sistering. Sistering for band boards costs $32-$36 for each foot.

Probably the most common floor sagging issue is that it dips towards the middle of the house. This usually means that the center beam is compromised somehow. One possible reason for this is that there are shims that have been compressed and need replacing. It’s best to go with steel shims that won’t compress. Cost for replacing or installing shims is $75-$95 for each column.

A more serious issue is if the support columns underneath the center beam have failed. In this case adjustable jacks can be installed to help bear the load of the beam. It’s important that the jacks not be adjusted too fast or else it could damage the home. Jack installations cost around $425-$475.

In the event that the center beam has cracked or broken entirely, it’s best to replace it with a steel beam. First jacks will be installed to temporarily hold up the joists. Then the damaged wood is removed and replaced with steel beams. The cost of steel beams is $150-$225 for each foot.

When a floor sags in just a certain area it could be because of notched joists or beams. In this case, either sister joists or sections of steel beam will need to be installed to help the problem.

Oftentimes, sagging in a specific area is caused by damage to the support column. Wooden and concrete supports that are failing can be replaced by one or multiple jacks. The cost for steel jack installation is around $425-$475.

When the soil under the foundation of the house erodes or moves, the slab will inevitably sink. Slab jacking is the most common method to repair this. Slab jacking is a method of lifting concrete and then filling in any voids under the slab to raise it back to its proper position. The price for slab jacking starts at around $2000 and goes up from there depending on material costs and how big the area is.

There may be times where slab jacking isn’t the right move though. One example of this is if the soil below the slab is too soft, then it will not be able to bear the weight without sinking and the repair won’t last. If this is the case, the best option is helical piers because they are installed to tie into undisturbed soil 20 feet deep below the house.

These piers cost from $1200-$1600 each, depending on the load requirements and installation that’s needed.

Yes, sagging floors are generally a bad sign that there is some kind of structural damage. If the floor is only sagging less than a quarter inch then it’s not a big deal though.

It’s normal for floors to sag a very small amount. Between 1/8 and 1/4 of an inch is generally considered normal.

What to Do if Floor is Sagging?

If you’ve determined that your floor is sagging, the first step is to assess how severe it is. If it’s sagging a significant amount then you’ll have to get it fixed by installing new structures for support, like floor jacks.

How Much Floor Sag is Acceptable?

An acceptable amount of floor sag is typically between one eighth and one quarter of an inch. Standard 2 by 10 floor joists, which are 16 feet, usually sag around this much.

Can Sagging Floors Be Fixed?

Yes, sagging floor joists can be fixed. The important thing is that you find out why the floor was sagging in the first place and fix that. The most common reason is shifts in the soil that the foundation is built on.

You should document the situation as best you can to prove your case to the insurance company.

Should I Buy a House With Sagging Floors?

For the average person, we would not recommend buying a house with sagging floors. This is because sagging floors typically indicate some kind of structural damage.

However, if you are prepared to do the work needed to fix the floors, then you can often get a good deal on a house with this kind of damage.

Throughout the course of this article we’ve covered many different types of possible repairs, as well as different scenarios. We’re not trying to confuse you, but rather go through the most common scenarios thoroughly instead of just giving a ballpark answer that might not be very accurate.

Have any experiences dealing with a sagging floor? Comment below and let us know how it went for you!